No program would be complete without the opportunity to create and perform. Our artist workshops have provided the perfect setting for children as they participate in drama camps, puppet shows and other visual arts, dance and performance activities. 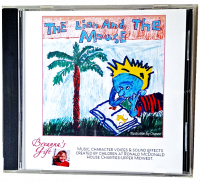 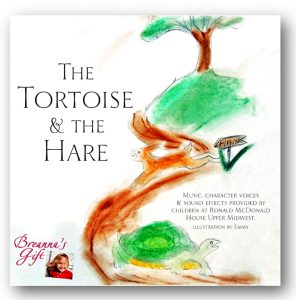 Children participate in both the on- and off-stage experience, creating scenery, learning lines, practicing dances, practicing and rehearsing. Many of their performances – from Annie, The Sound of Music and The Wizard of Oz to Mary Poppins, have resulted in the very special “encores” that make everyone’s day. 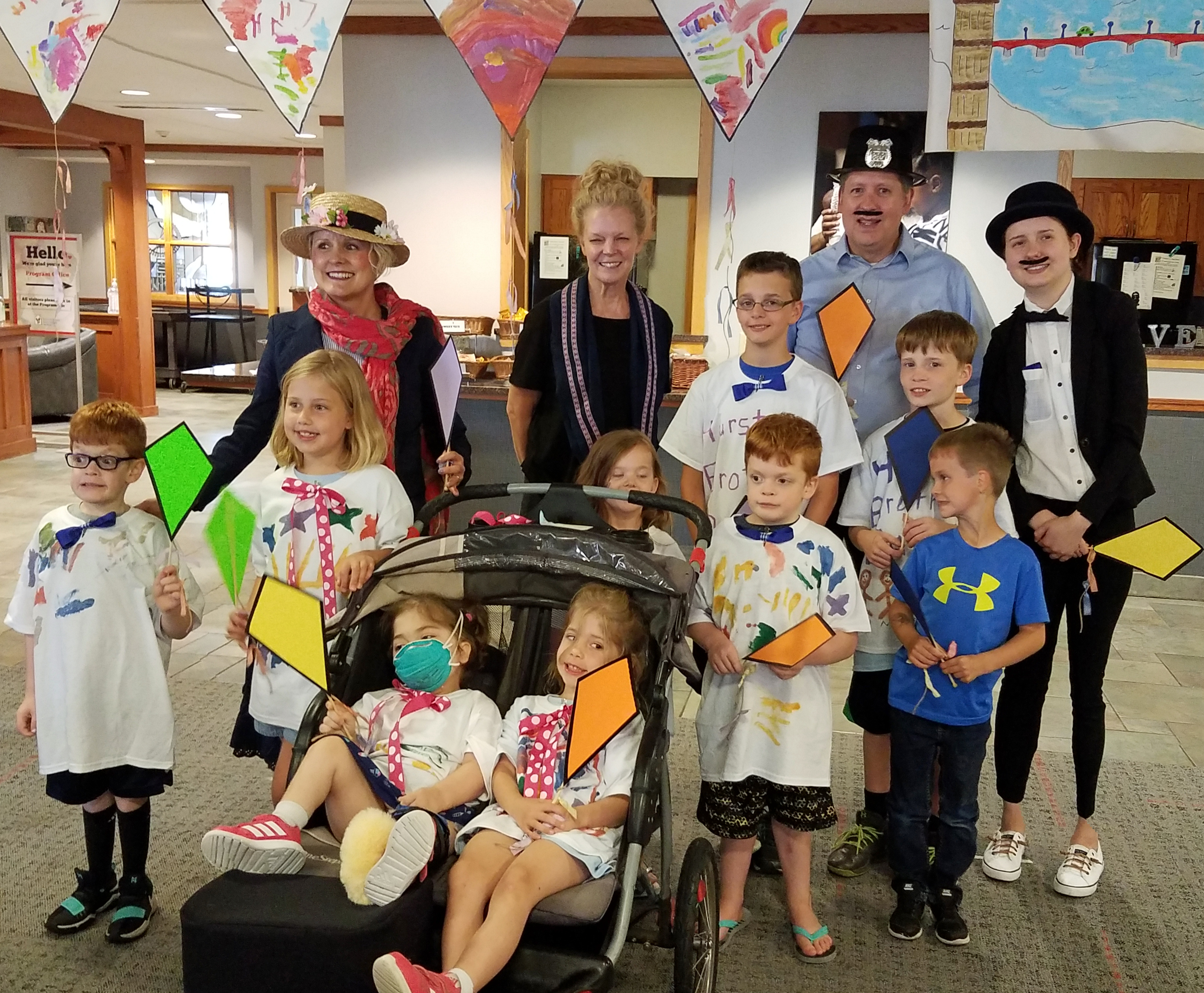 Since 2015 Breanna’s Gift has been part of the Children’s MN week-long camp experience for current and former cancer patients and their siblings. Each summer, we bring a dance and visual arts class for an afternoon at camp. The classes end with an informal and very lively dance performance.

Other Workshops Have Included 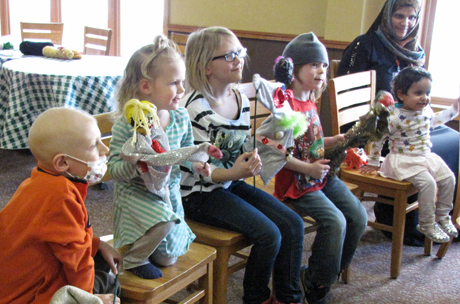 Margo McCreary leads Puppet Workshops. Each workshop involves participation for three consecutive afternoons. The workshops culminate with a performance by the children and their new puppet friends. The story lines can be highly improbable but always entertaining. 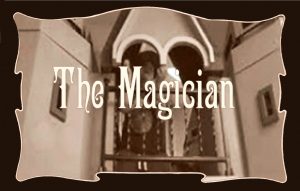 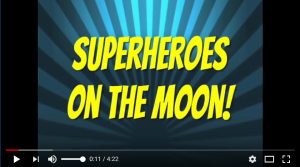 Mosaic workshops led by mosaic artist Lori Greene take the word collaboration to new heights. Children have taken part in creating the mosaic backgrounds for large pieces or worked on smaller sections of a larger mosaic or both. The results are full of magical details and wonder. The names of all the artists who worked on the piece can be found embedded in the art. 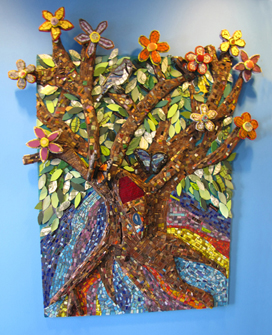 In 2009, Lori had twenty-three children building a creation at Ronald McDonald House Charities – Upper Midwest. The names of all 23 participants became an integral part of this vibrant and magical Tree of Life. The tree, which is 5 feet high and 3 feet wide, was our gift to Ronald McDonald House in honor of their 30th anniversary, and we are so proud to have been a part of their special celebration. 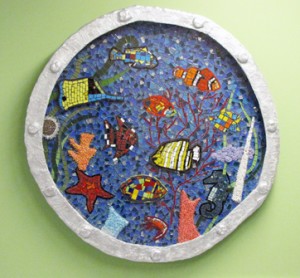 Another mosaic created in 2011 and called, You and Me Under the Sea was designed by Lori Greene. This unique art collaboration included our artist/patients, their parents and child life staff from the Minneapolis hematology/oncology unit of Children’s Minnesota. Children spent three afternoons creating starfish, shrimp, seahorses and we can’t forget Nemo. Today, when the children return to the unit, they look proudly at the finished piece, which was donated to and can be found on the hematology/oncology unit at Children’s MN hospital in Minneapolis. 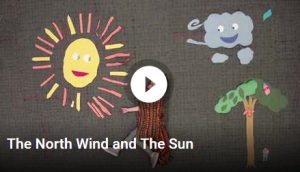 Animation requires a story, large drawings cut into pieces that could be manipulated, actors and lots of patience. Several frames of the same images need to be films and moved ever so slightly, multiple times. John Akre assisted by Beth Peloff led the process. The actors and artists doing the drawings were children from Ronald McDonald House Charities Upper Midwest. John brought out the best in his performers and the result was Aesop’s Fable, The North Wind and The Sun. 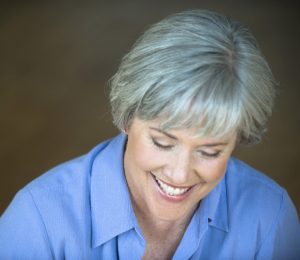 Beth Chaplin is a professional actor and voiceover artist based in the Twin Cities. She has been seen or heard in hundreds of commercials, thousands of corporate programs and even a couple dozen audiobooks. She also teaches and coaches actors, including as an affiliate instructor at the University of Minnesota. Her book, The Acting Biz: A Career Guide to the Twin Cities is available on Amazon and at your local library. (The updated second edition is in the works!) In her spare time she enjoys the outdoors, gardening, camping, hockey (goalie) and long walks with her rescue German Shepherd mix, Javy.  For more information, visit bethchaplin.com. 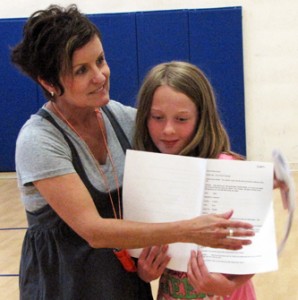 Anne McNaughton attended Concordia College in Moorhead, Minnesota where she earned a B.A. in Business Administration. She continued her education at St. Thomas University in St. Paul, Minnesota, earning her M.A. in Education along with a French teaching degree. Anne has been a singer all of her life. She has 11 years of formal training, first while attending Concordia and later at MacPhail Center for Music in Minneapolis, Minnesota. Anne combined her singing with dance when she assisted and taught at Woodbury Dance Center in Woodbury, Minnesota. To her love of song and dance, Anne adds the third component of acting. She studied improvisational acting at Dudley Riggs’ Brave New Workshop in Minneapolis, Minnesota and put her skills to work acting in productions while at Concordia and additionally performed every week for four years in the Six Ring Circus at the Brave New Workshop. She has also been in productions of Jesus Christ Superstar, Annie and The Sound of Music to name a few. Anne was the music director for musical productions at Falcon Ridge Middle School in Apple Valley, Minnesota for many years. The shows included such musicals as Guys and Dolls, Oklahoma, and High School Musical. Anne has also created drama camps for young children. Her camps introduce children to the world of theater through acting, dance, costume and scenery creation and performance. Starting in 2010, the drama camps for Breanna’s Gift have been held each summer at Ronald McDonald House Charities – Upper Midwest. Some of the repertoire includes scenes from Annie, The Sound of Music, The Wizard of Oz and Mary Poppins. 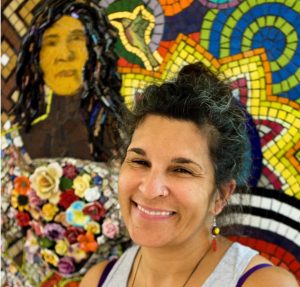 Mosaic artist and sculptor, Lori Greene, identifies as a community and public artist. She works with and for the community, and has over twenty years of experience making outdoor public art mosaics. Lori is well-known for creating pieces about healing and recovering from trauma. She believes the process of making art is healing, and she believes there is power in working together to create a work of art and see it through to the finished piece. She works with intention, with an open heart, and with love. Her process involves listening, feeling, researching, and of course the building of the mosaic. It is a long process, but it is a labor of love. As a multiracial (African American, Native American- Mississippi band of Choctaw, and Caucasian) woman, Lori brings a unique voice and perspective to public art that has not always been represented. Her identity as a woman of color is very visible in her work, as demonstrated through the narratives of her pieces and the people who are represented in them. Lori’s work is bold, colorful, and unapologetic. Patterns, symbols, and motifs reflecting her intersecting cultural identities interweave themselves throughout her works like a visual language. Within them lies stories of survival, interconnection, resilience, a